The aim of today's stage is to visit places that are almost mandatory for all visitors to Iceland. You can find photos and descriptions in each tourist guide. But these places gained a reputation mainly for their extraordinary beauty and uniqueness. Do not get discouraged by the number of tourists. Definitely worth a visit. 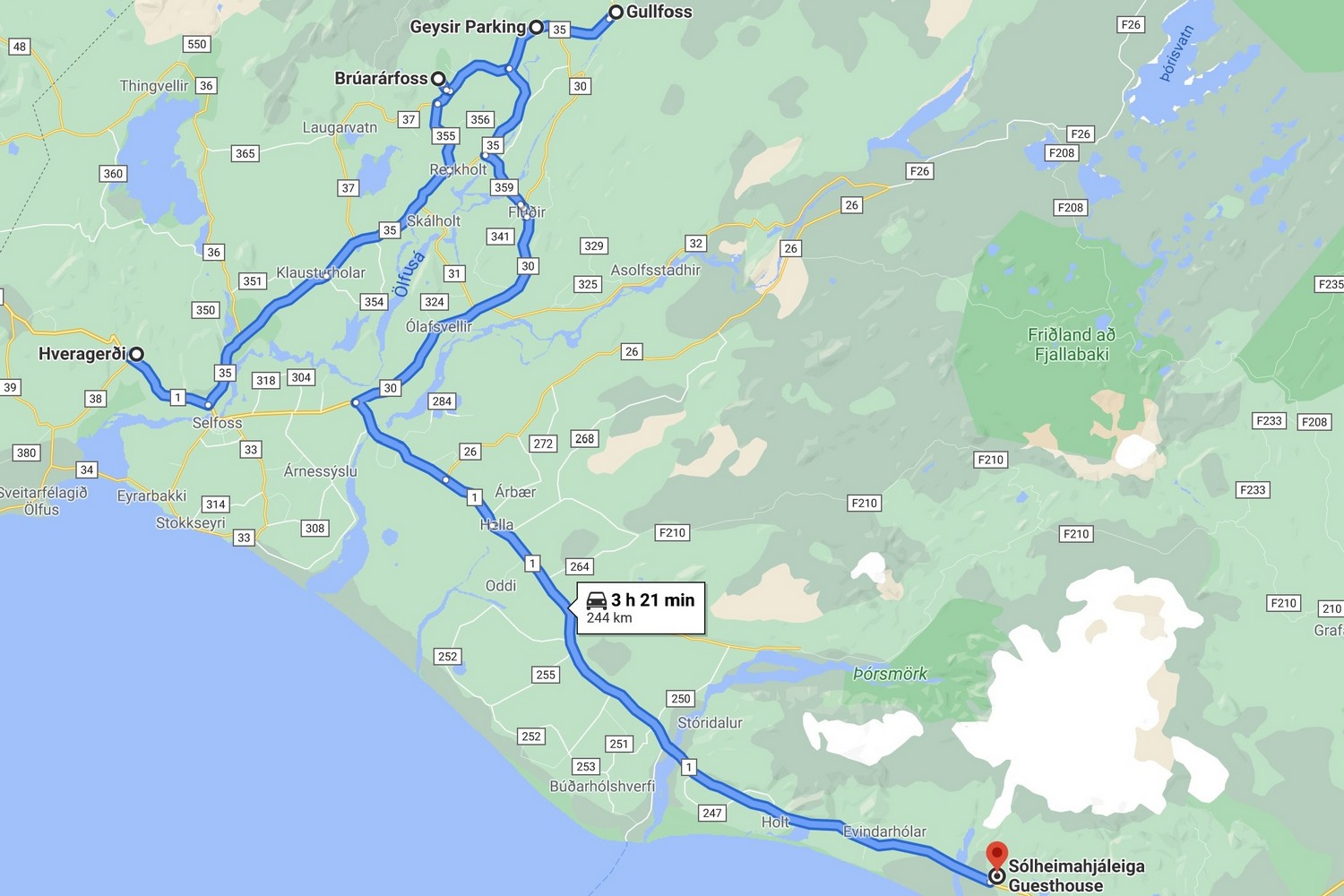 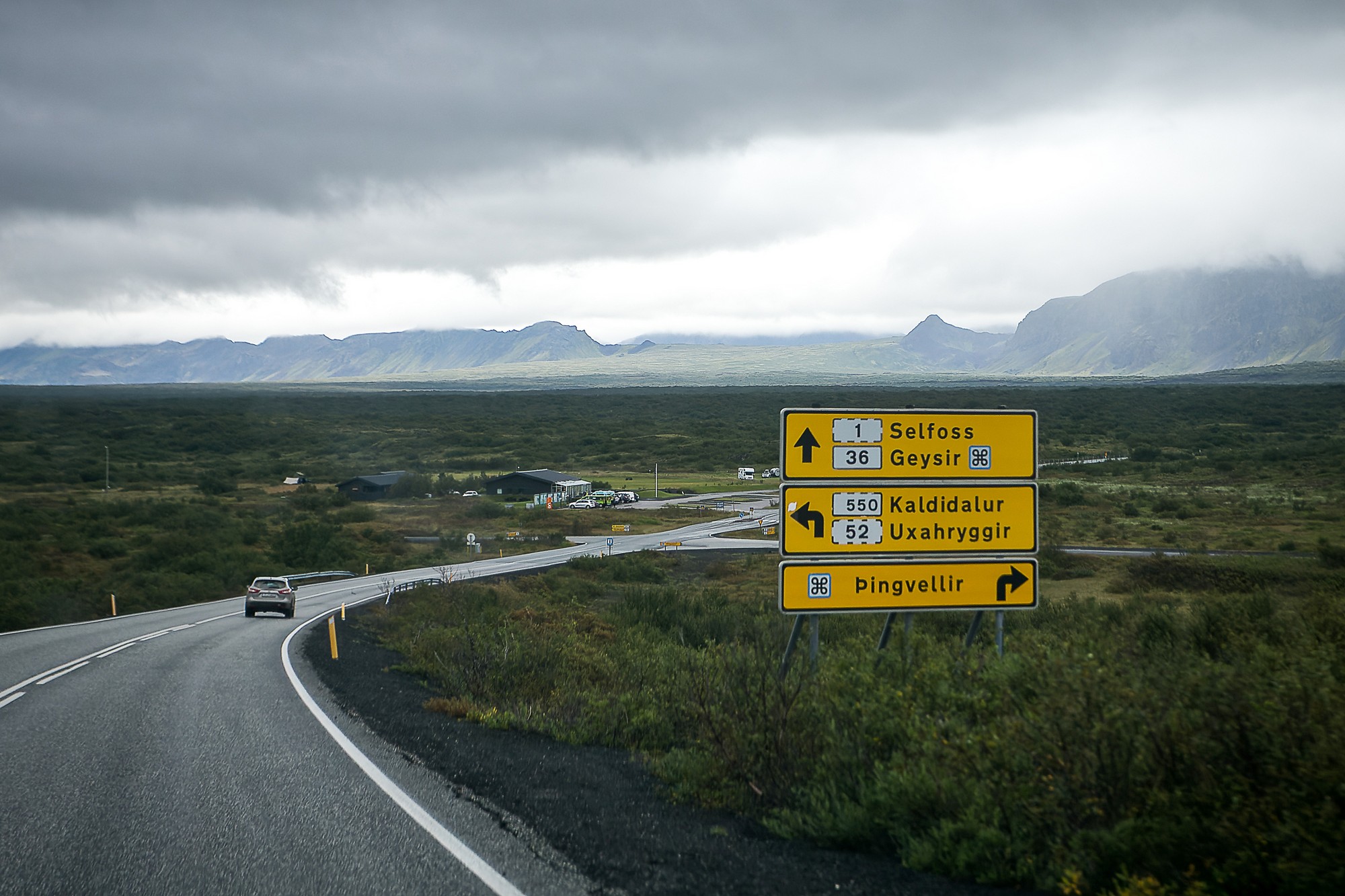 In front of us are two main attractions. 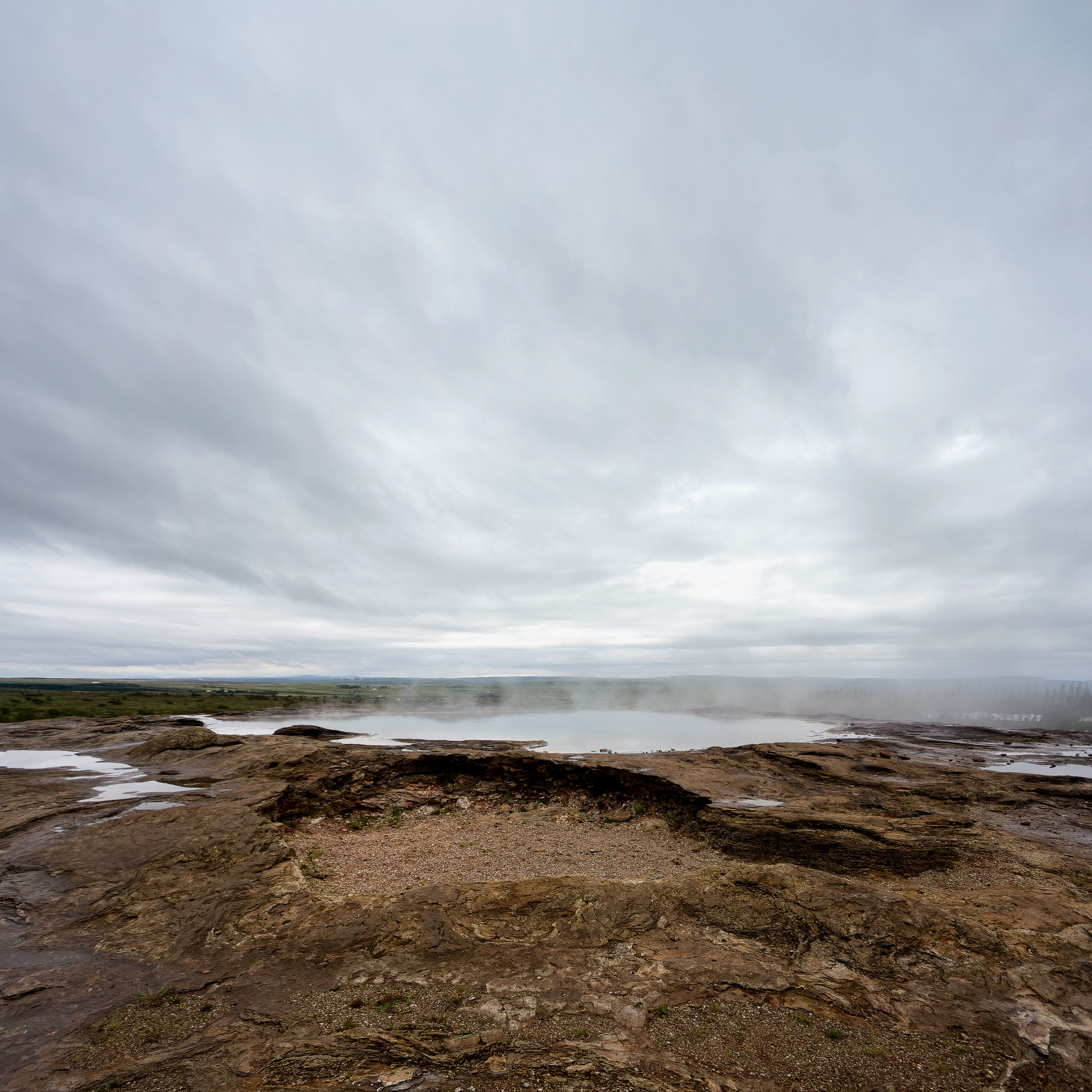 And this is the famous Geysir which gave its name to all the geysers of the world. After 2000, it retired and eruptions are rare and accidental. 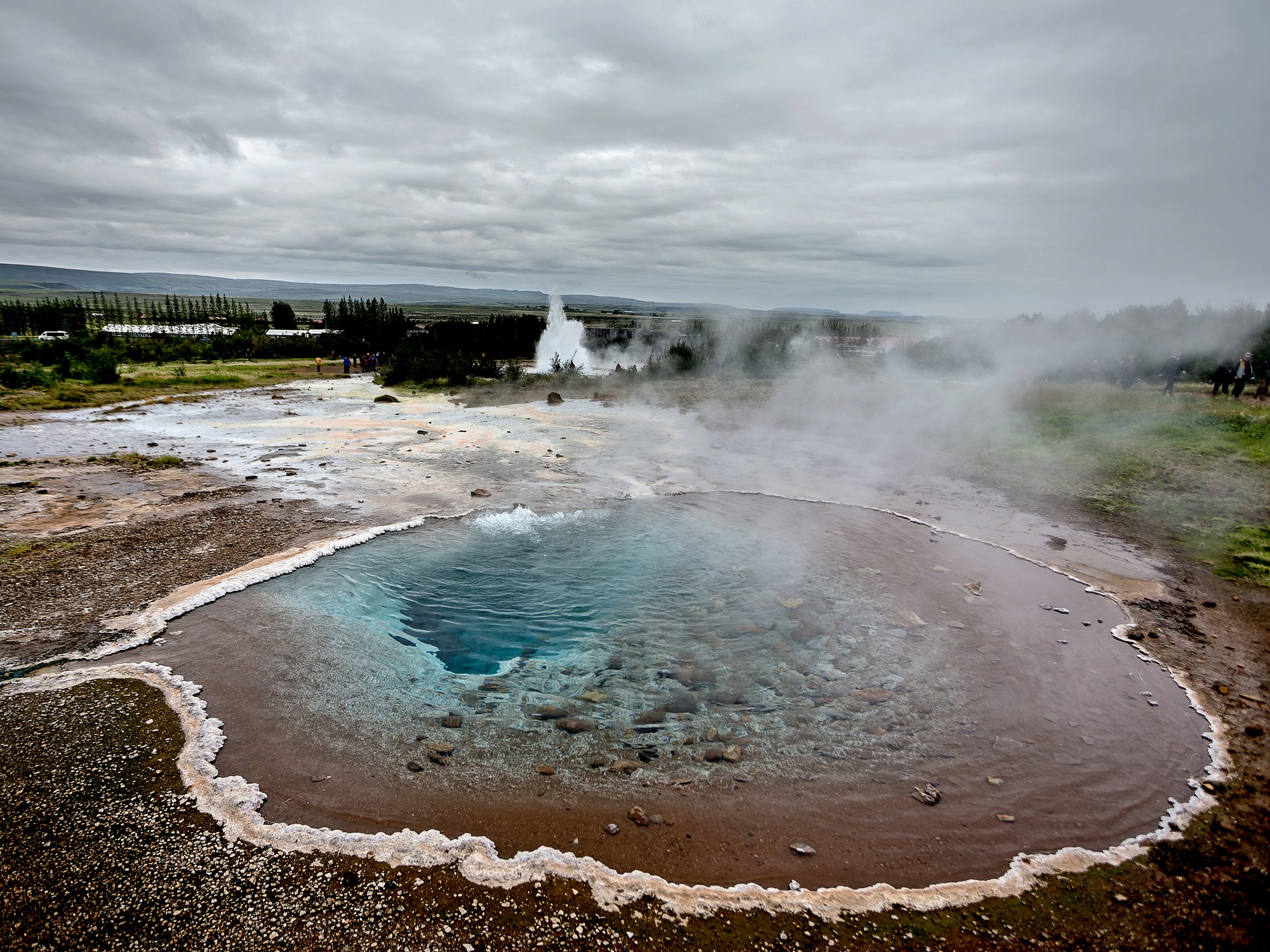 Fortunately it´s work was taken over by a successor named Strokkur wich can be seen against the backdrop of this boiling lake.

Strokkur erupts  to a height of about 30 m at regular intervals of 6-10 minutes. 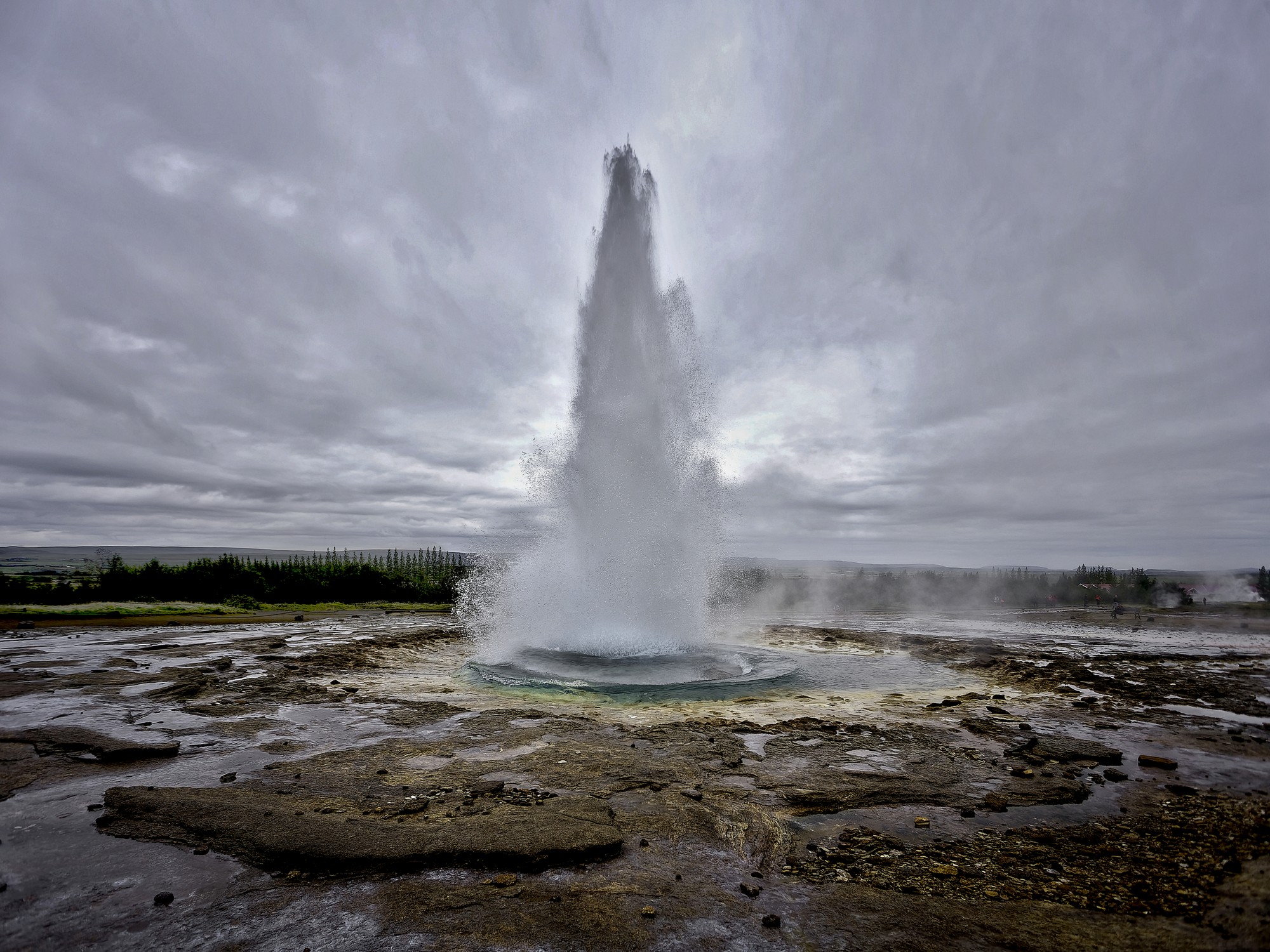 To wait a few minutes is worth it. The reward is a geyser like on a plate. 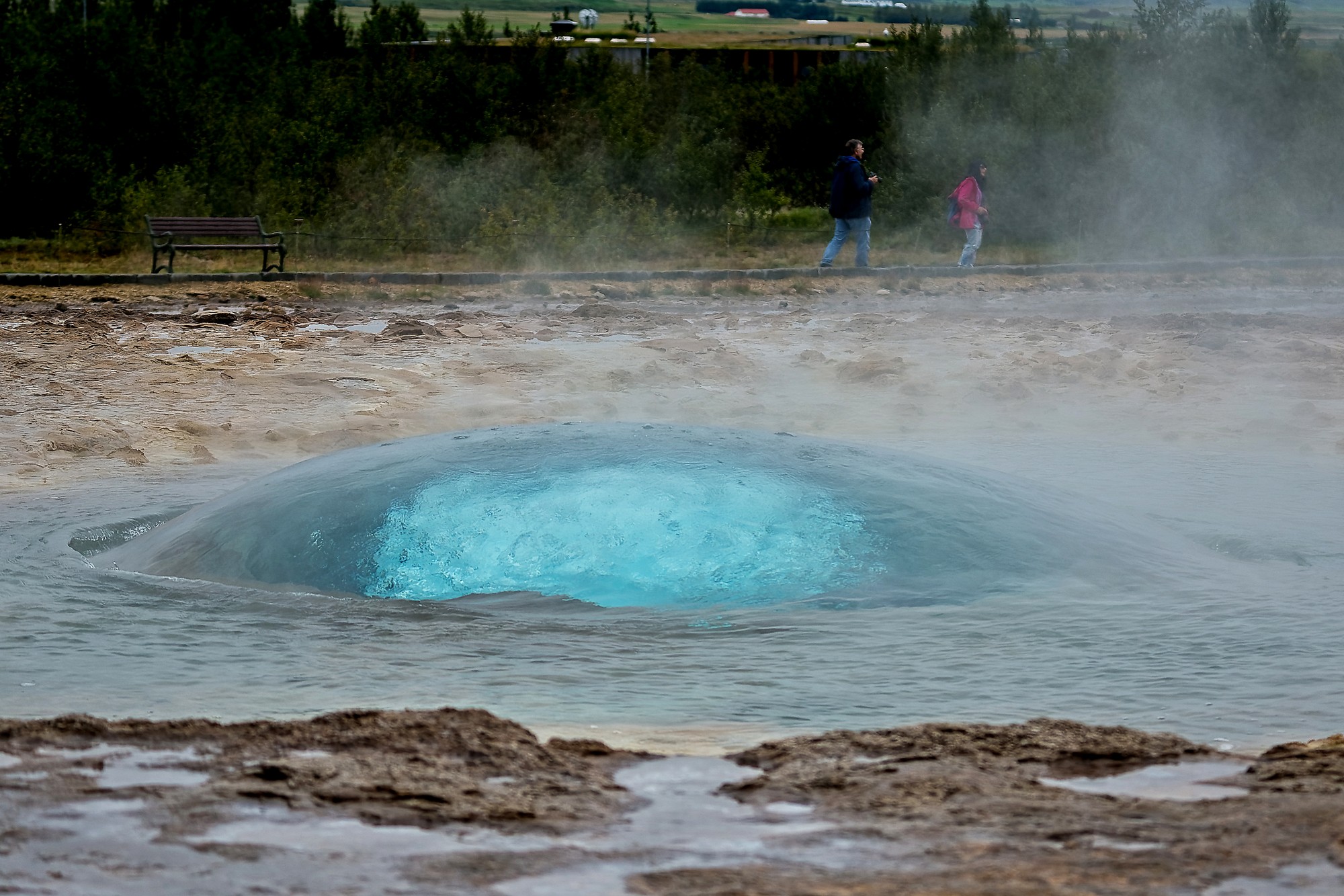 At the beginning of the eruption, such a bubble forms. 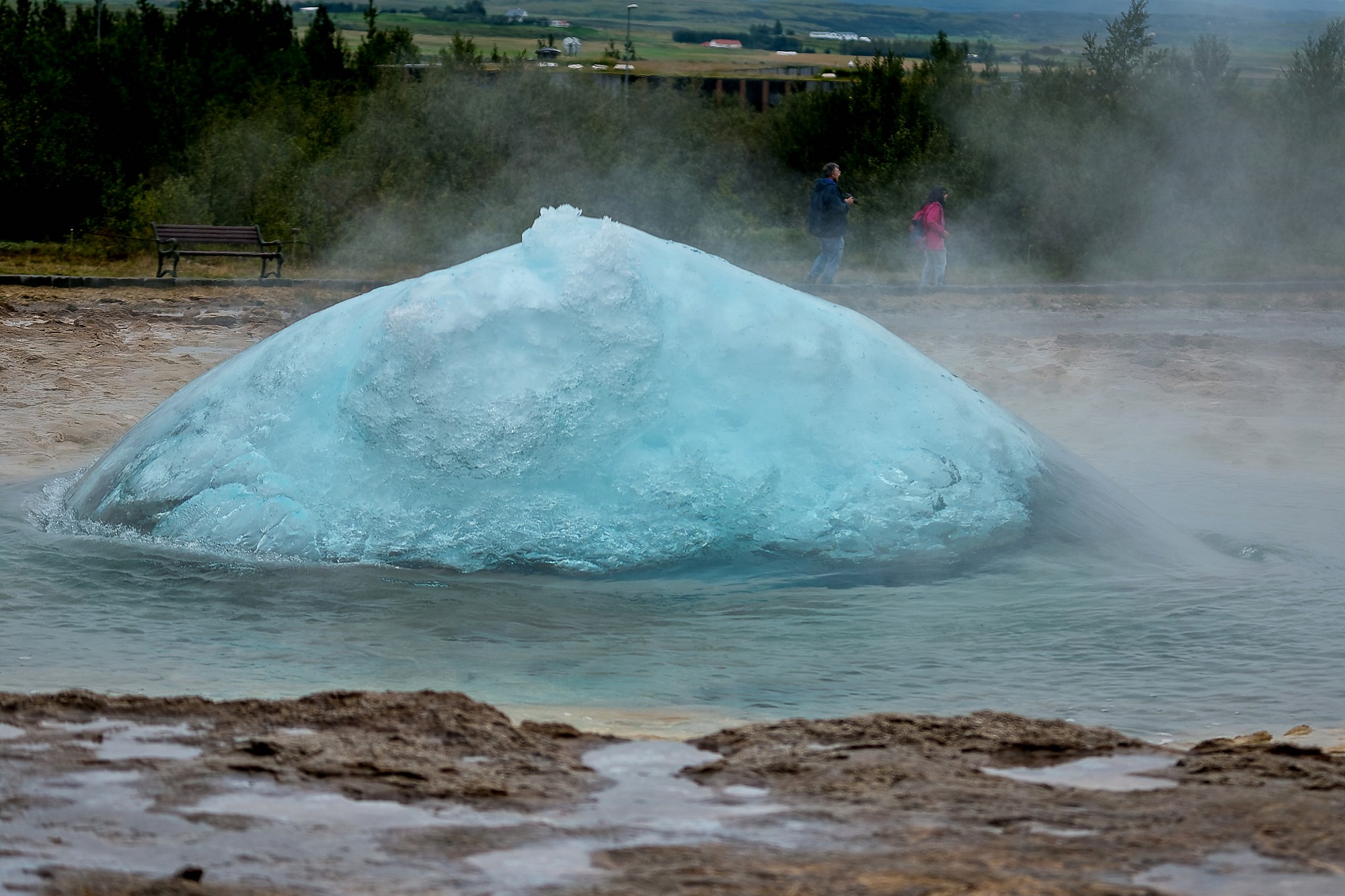 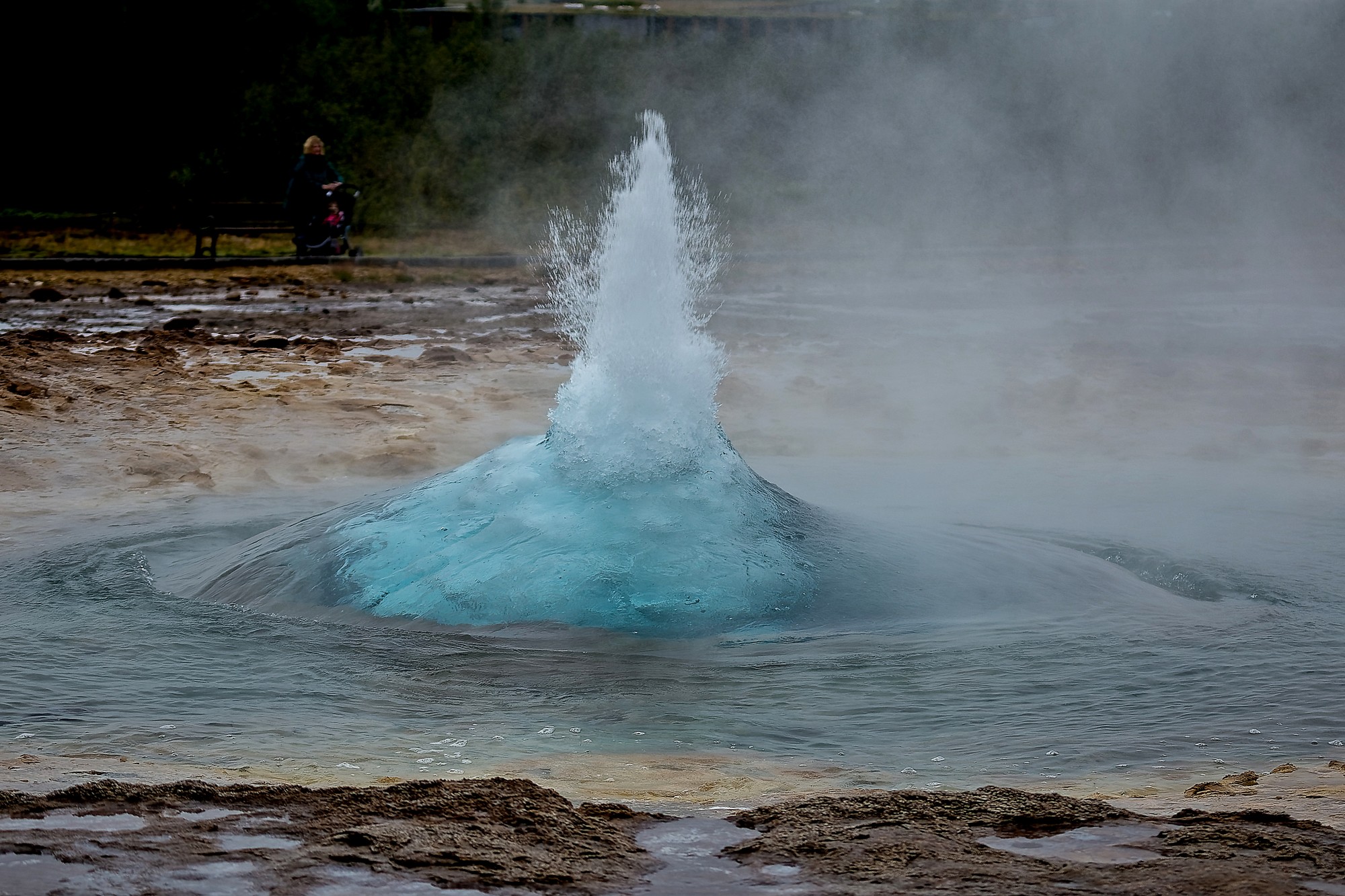 ... and the geyser itself brakes out of it like an Alien from Ripley. 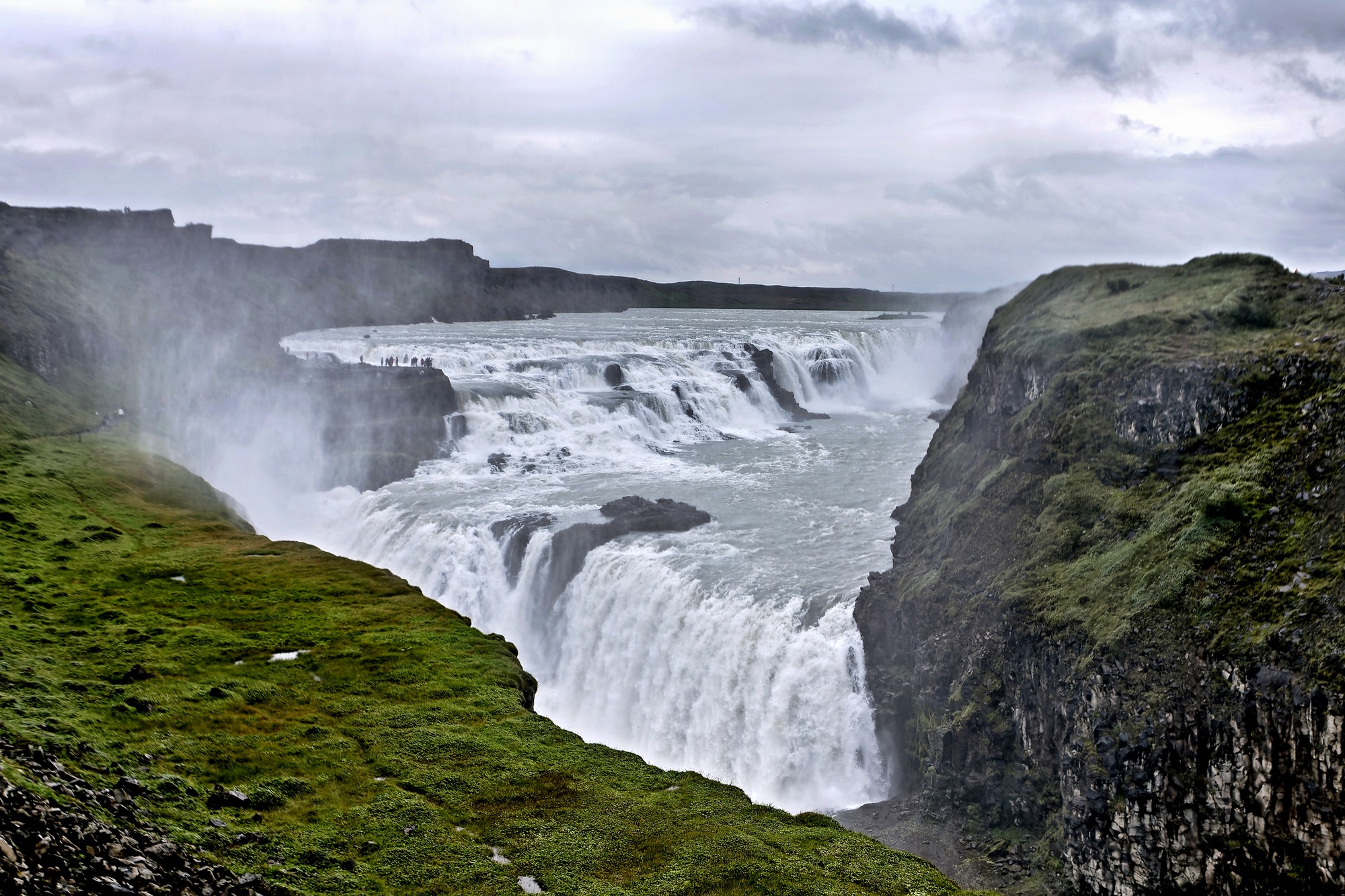 Another iconic place is the Gullfoss waterfall. It is a two-stage waterfall with a total height of about 30 m. 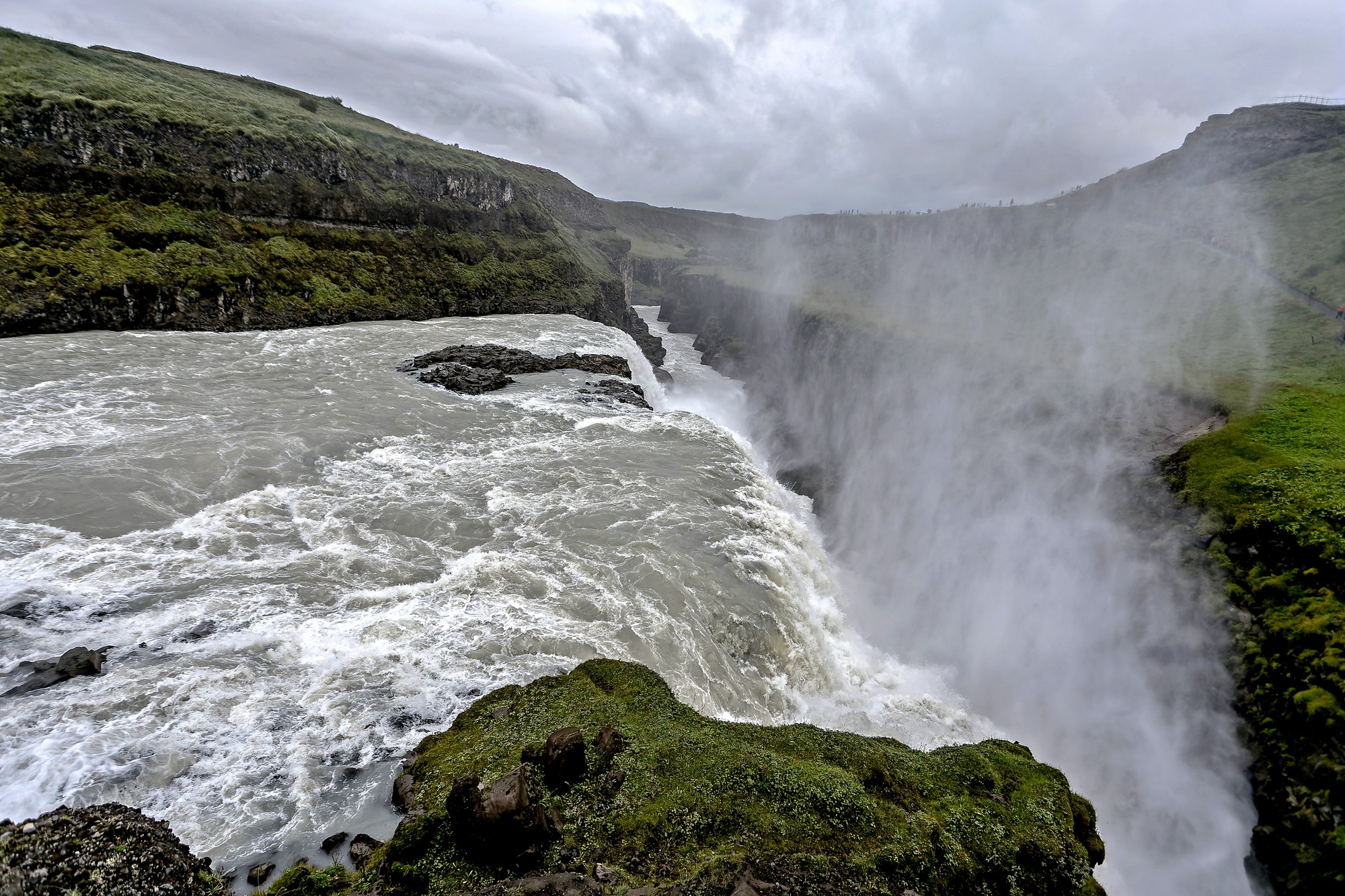 The water flows into a long canyon which is also part of the Atlantic ridge. 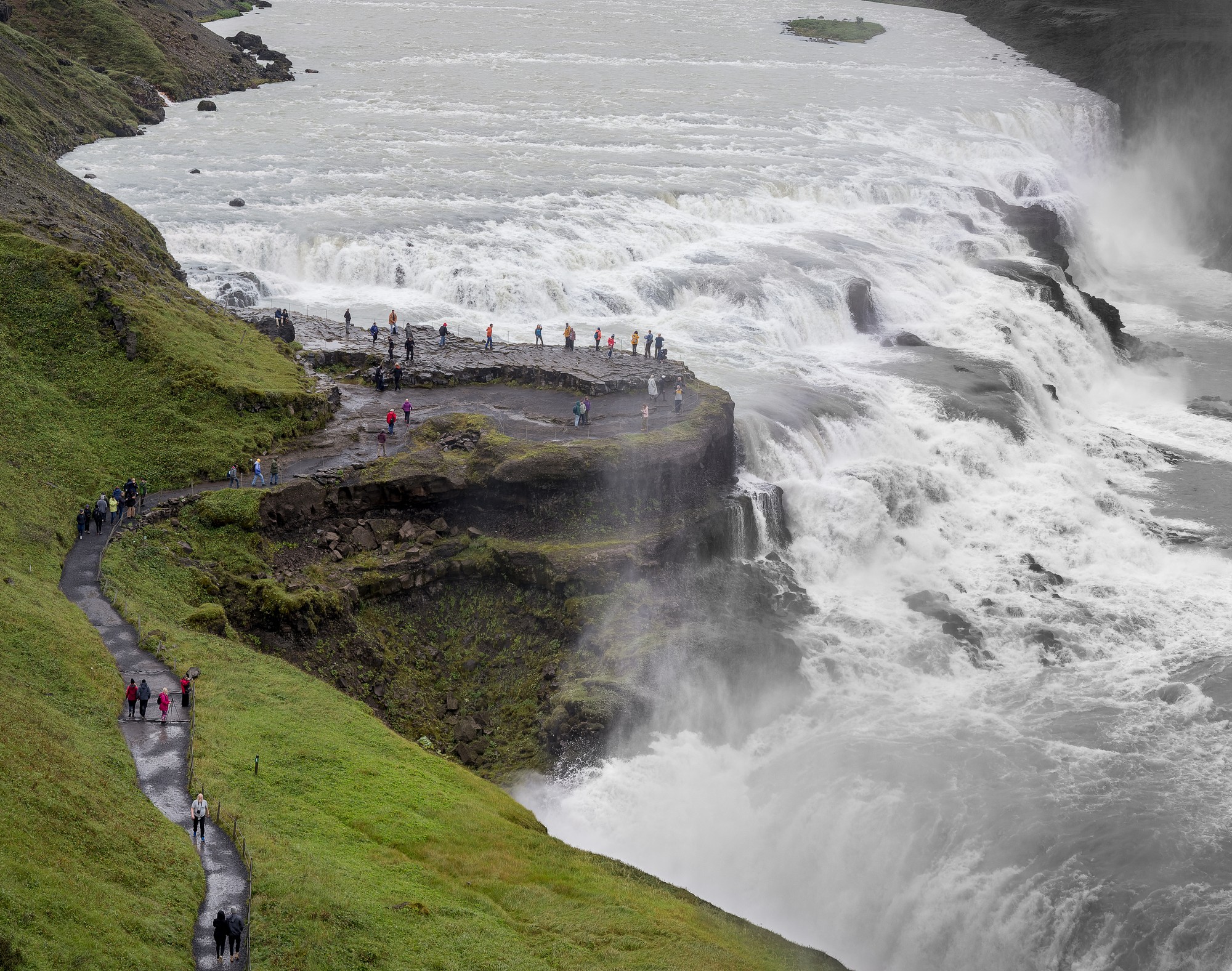 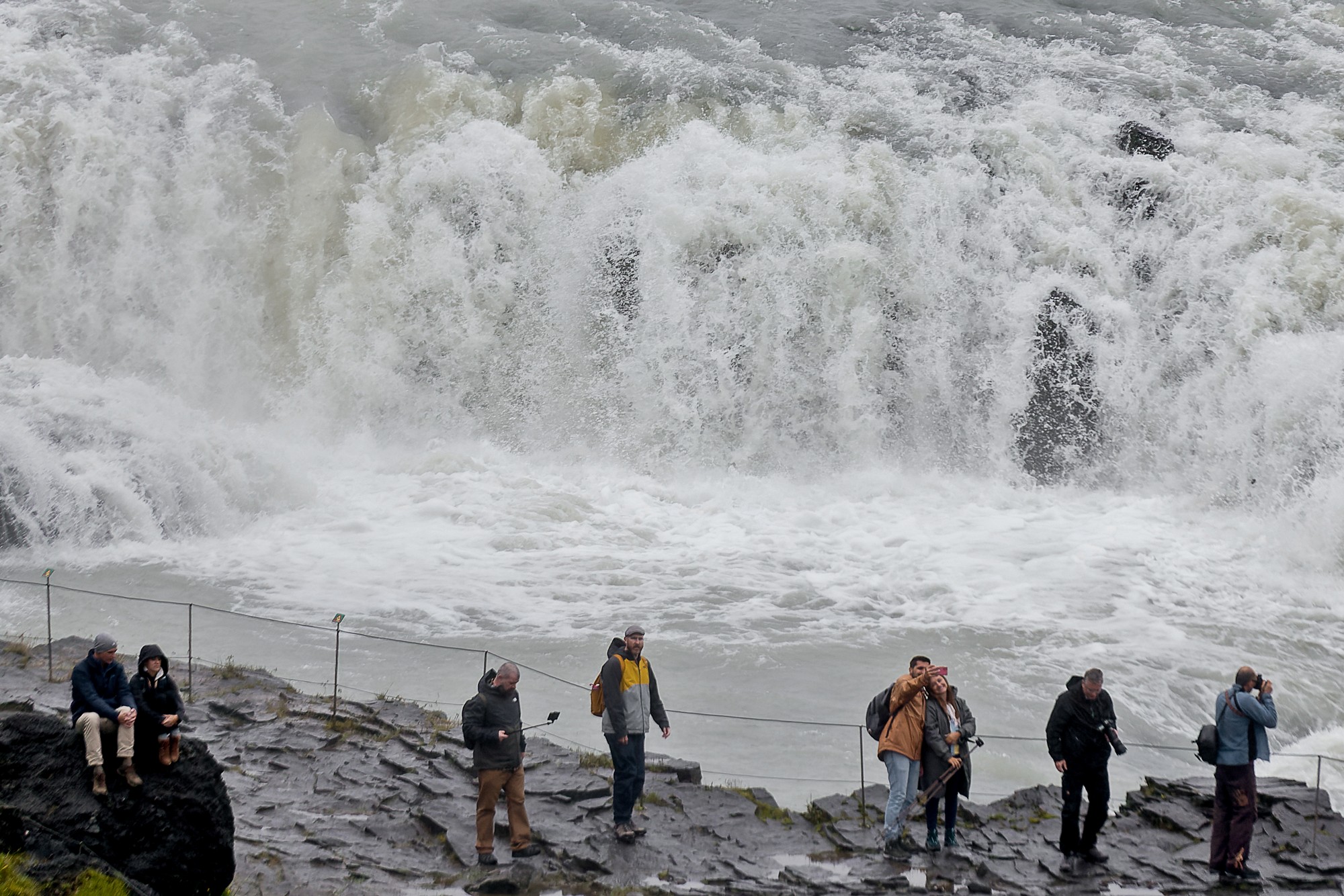 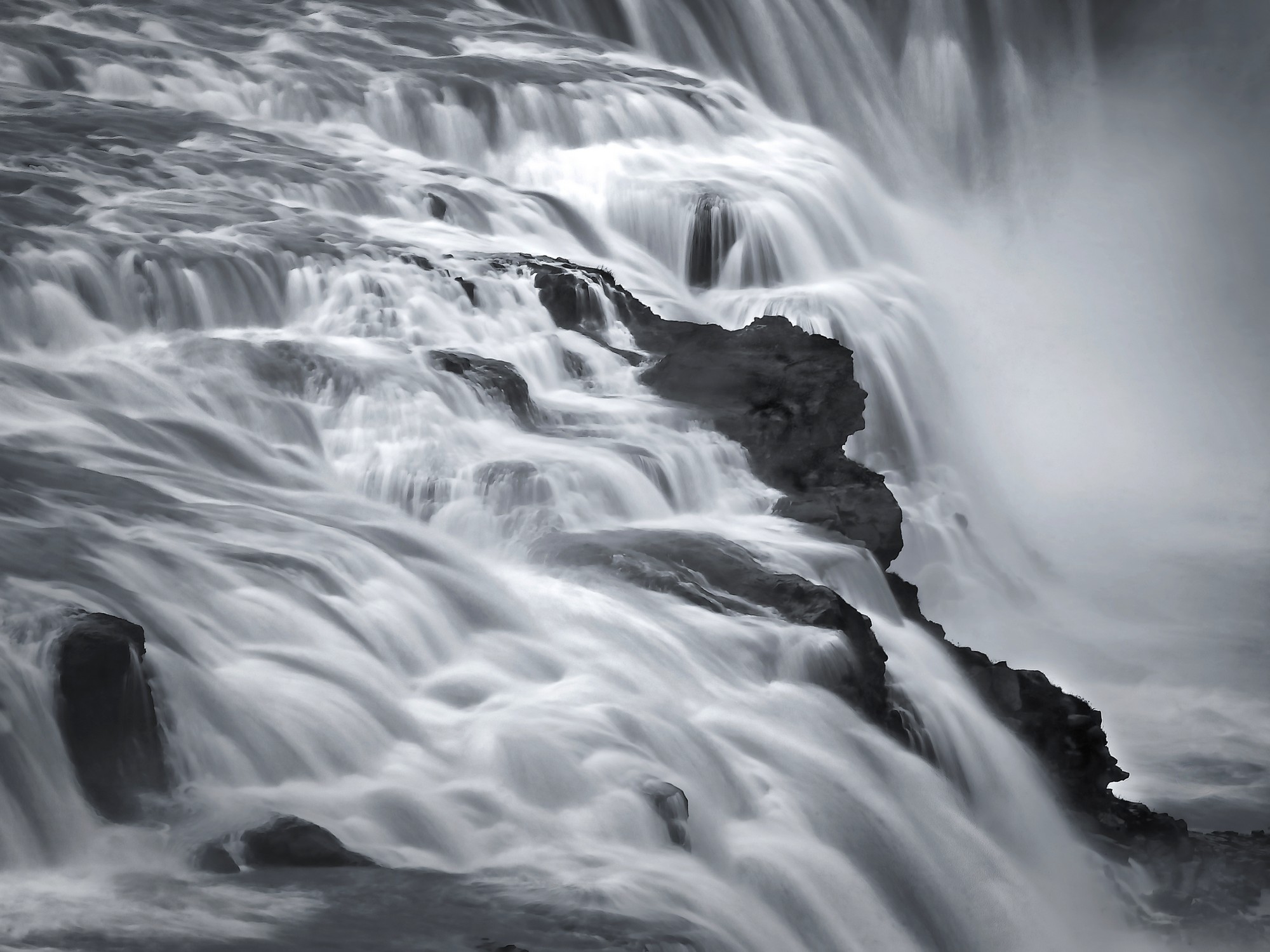 Detail of the upper cascade. 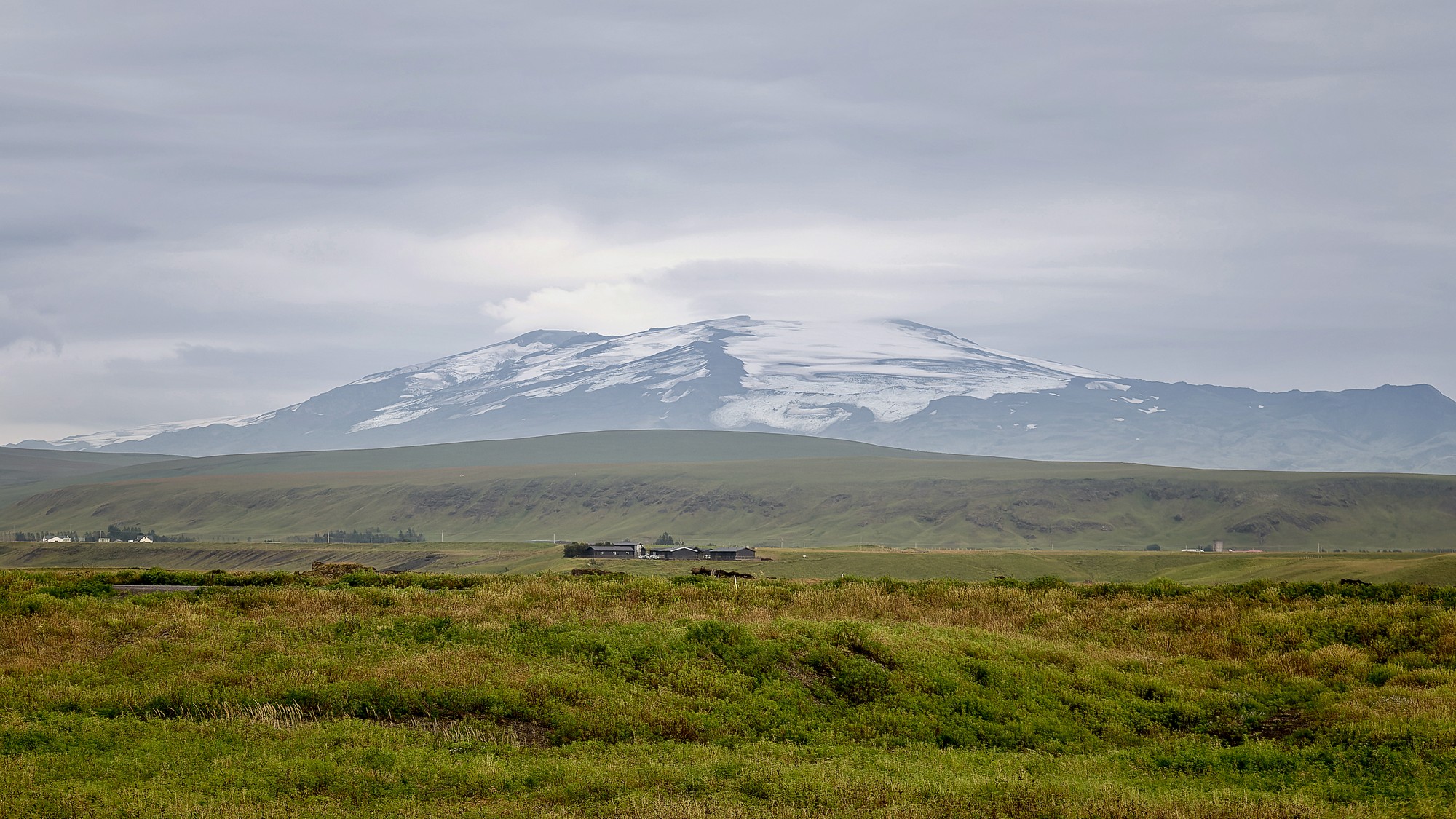 We continue to travel. Eyjafjallajökull volcano covered in ice stands out on the horizon. This is volcano that stopped air traffic over Europe for a few days in 2010. 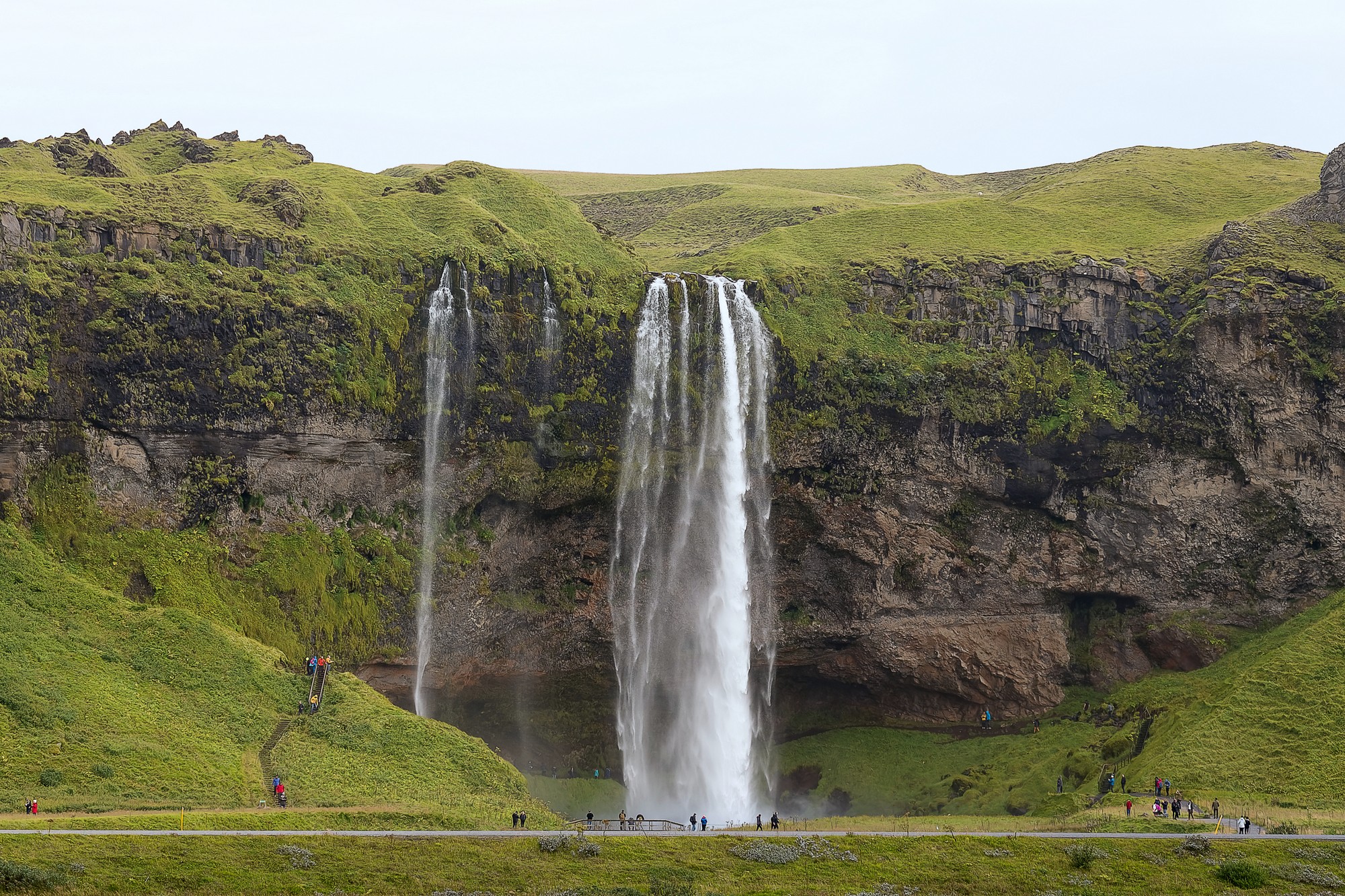 And we are at the next waterfall Seljalandfoss. It flows from a height of more than 60m. The water that feeds it comes from the Eyjafjallajökull glacier. This cliff was originally on the coast but sediments from the mountains gradually shifted the coast by several kilometers to the South. 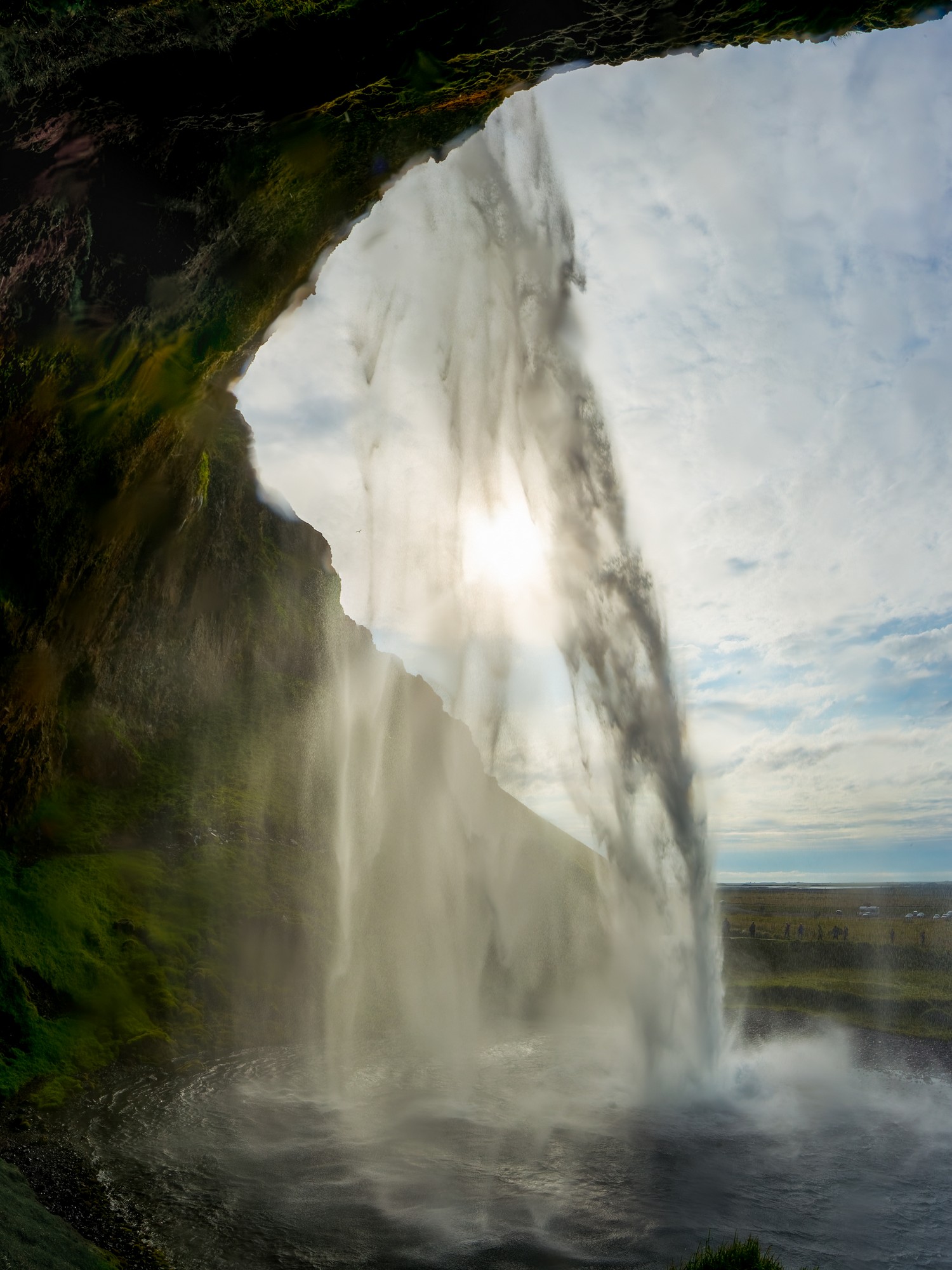 The waterfall is unique in that it is possible to walk behind the water courtain. At this moment the sun appeared for the first time since our arrival. 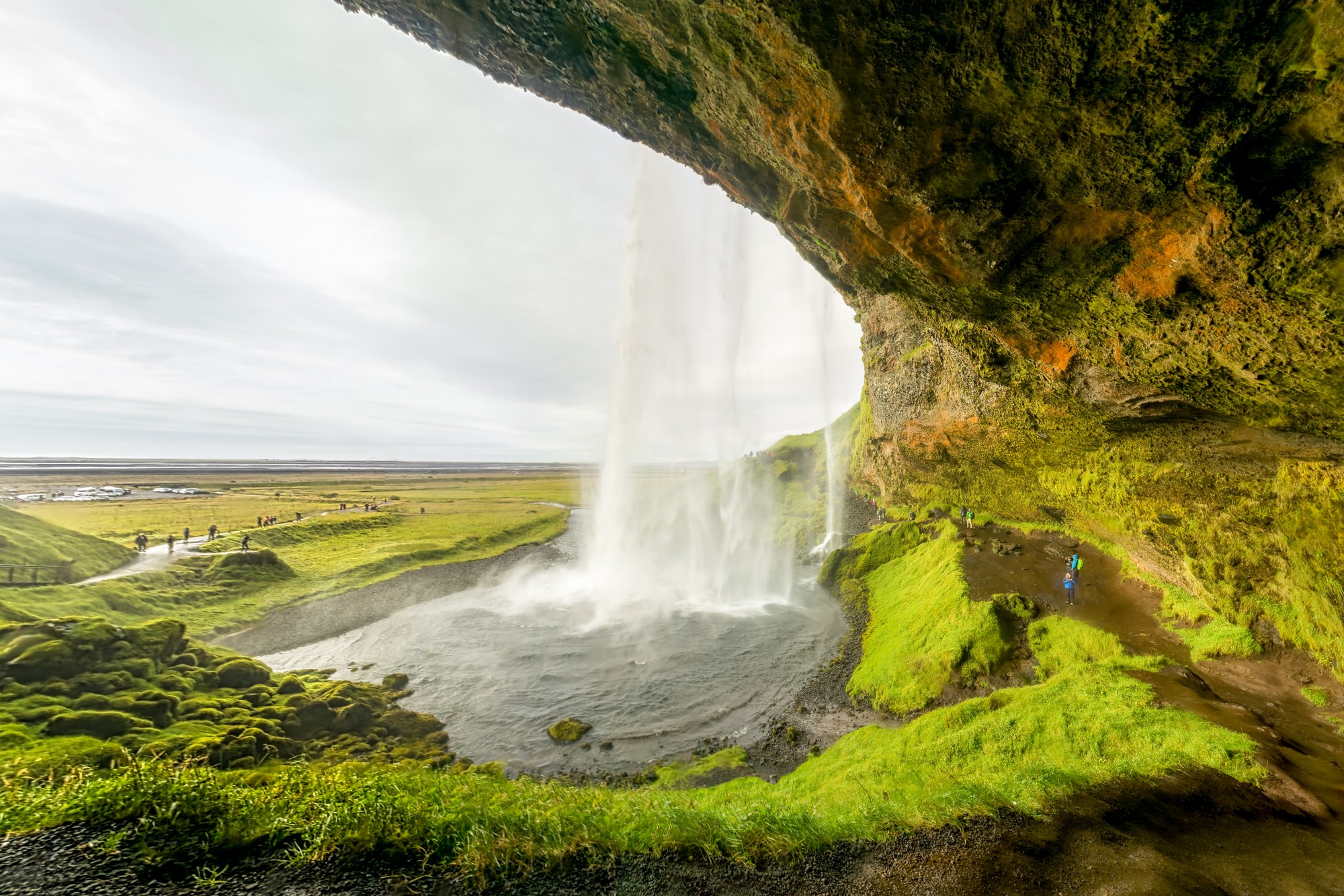 And it was worth it. 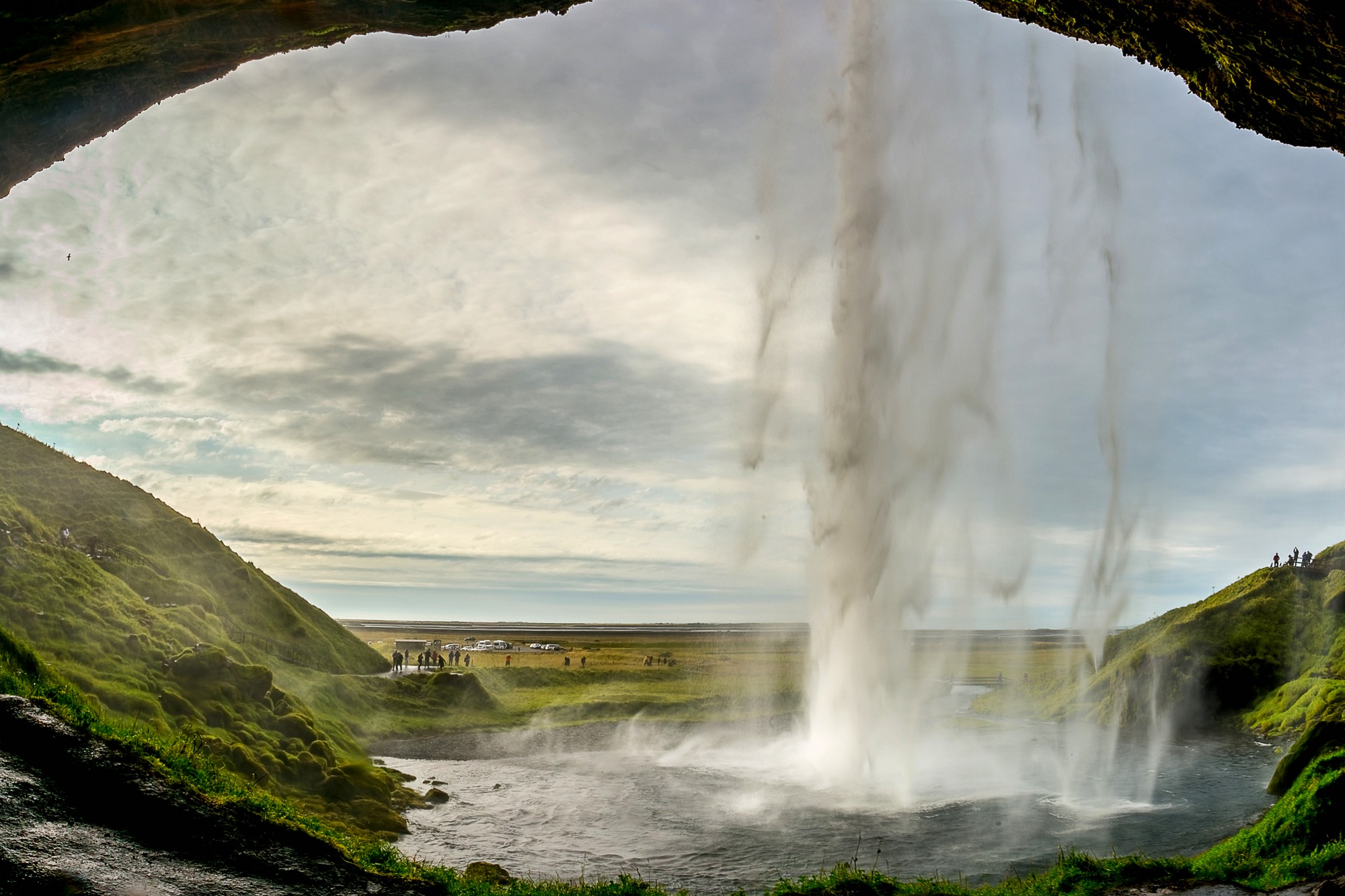 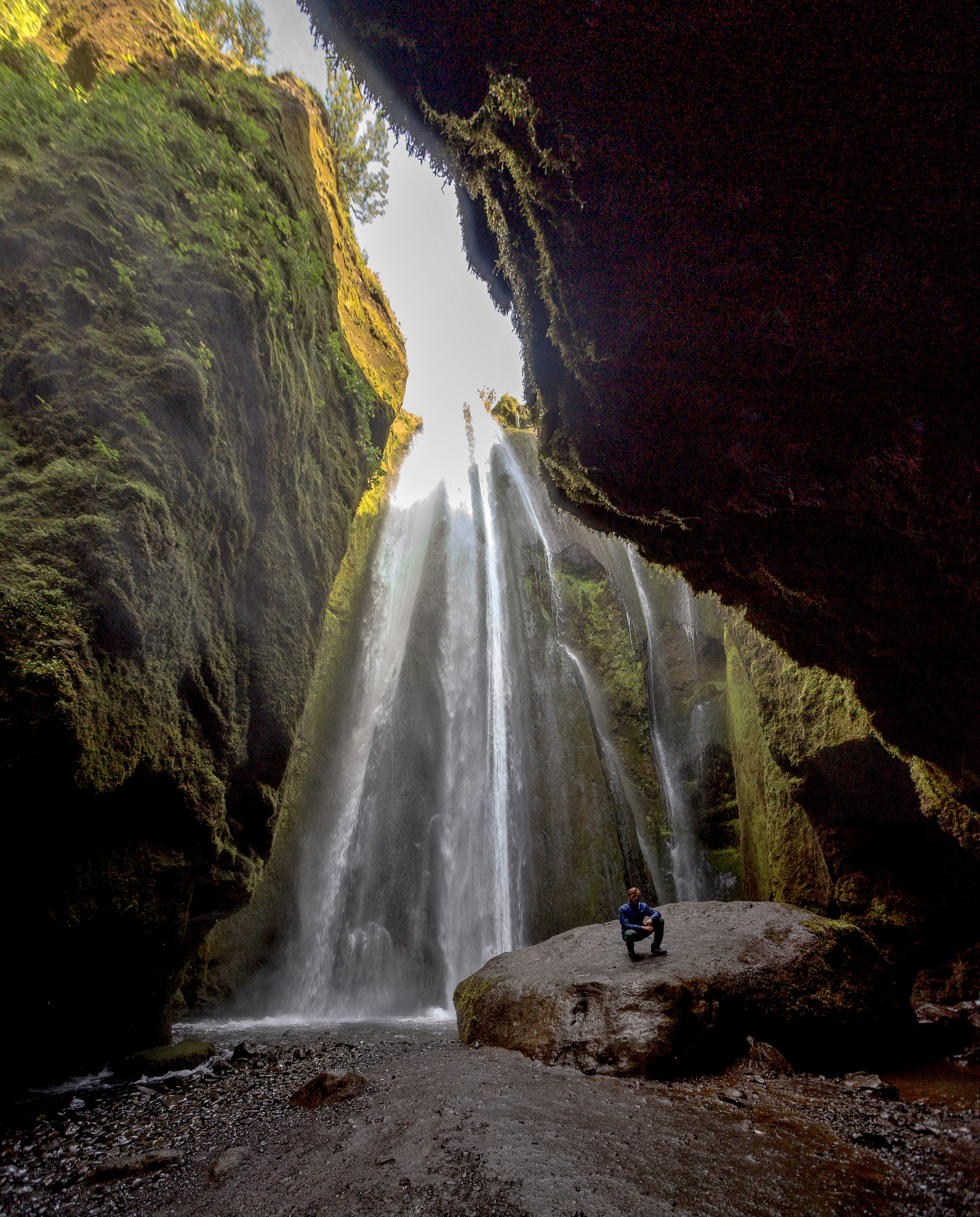 Less than a kilometer away another smaller waterfall is hidden in the cave which many tourists do not know about. 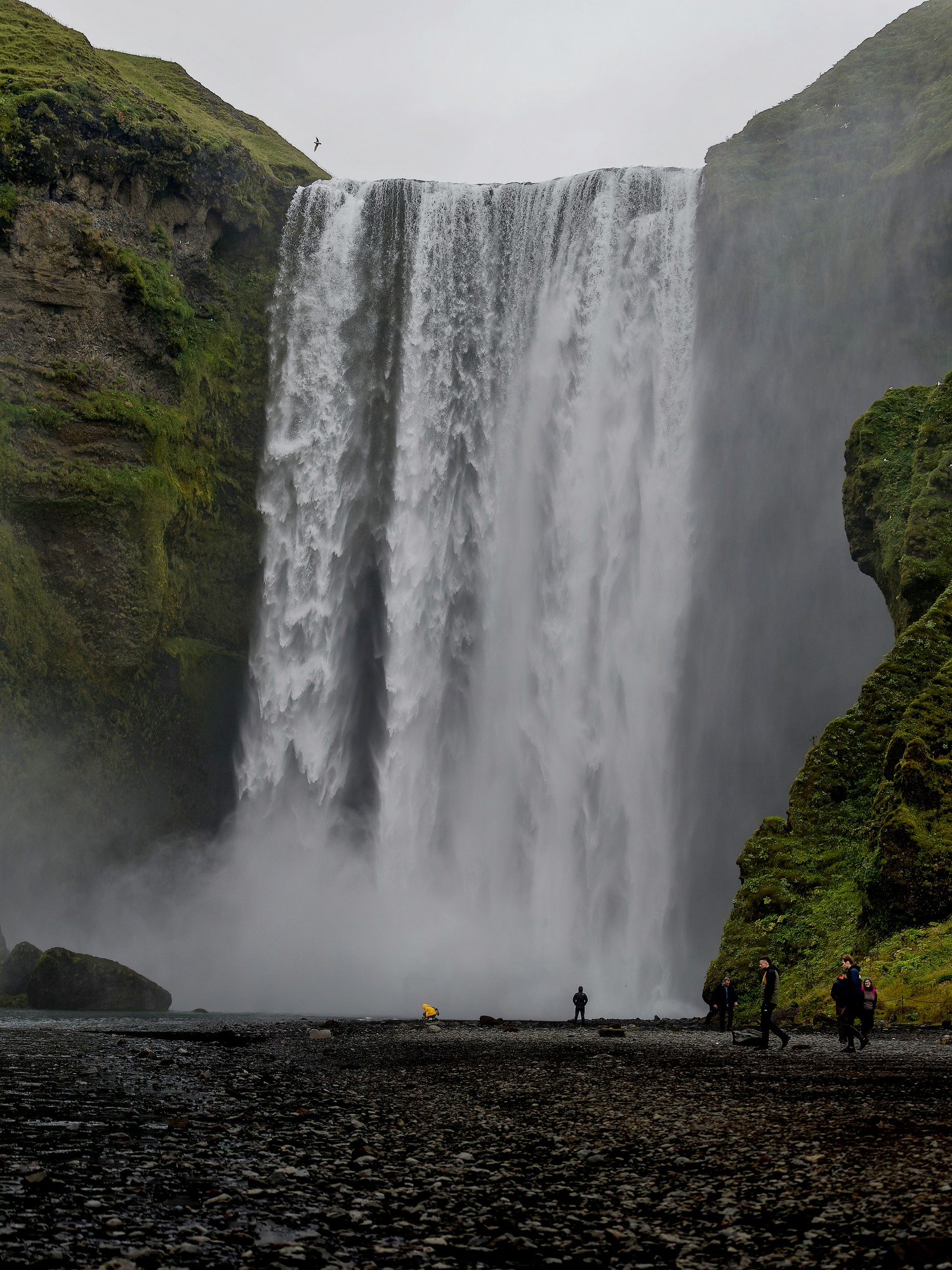 And at the end of the day the beautiful Skógafoss waterfall. It was getting dark but it didn't detract from the beauty of the waterfall. Quite the opposite. 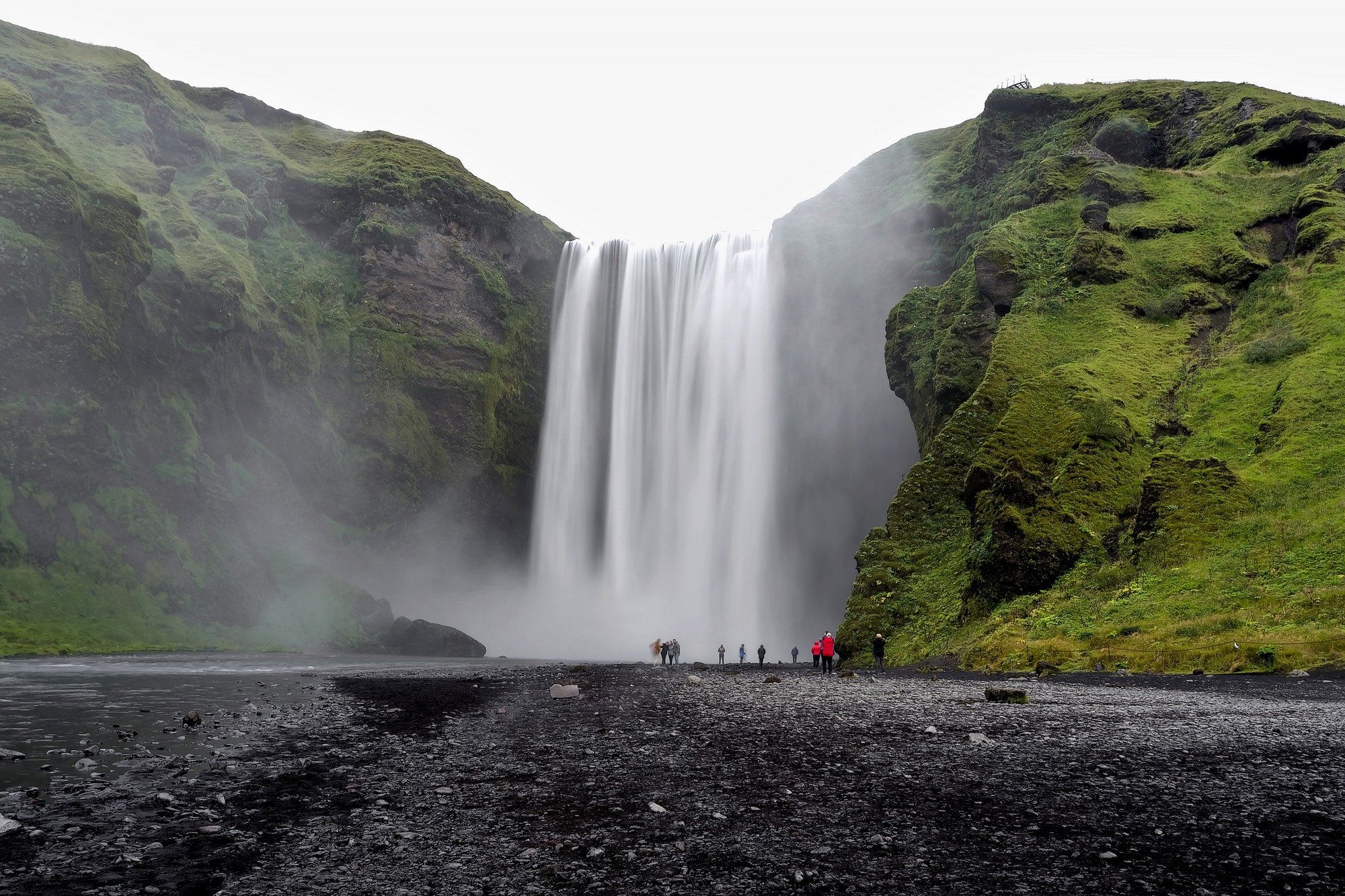 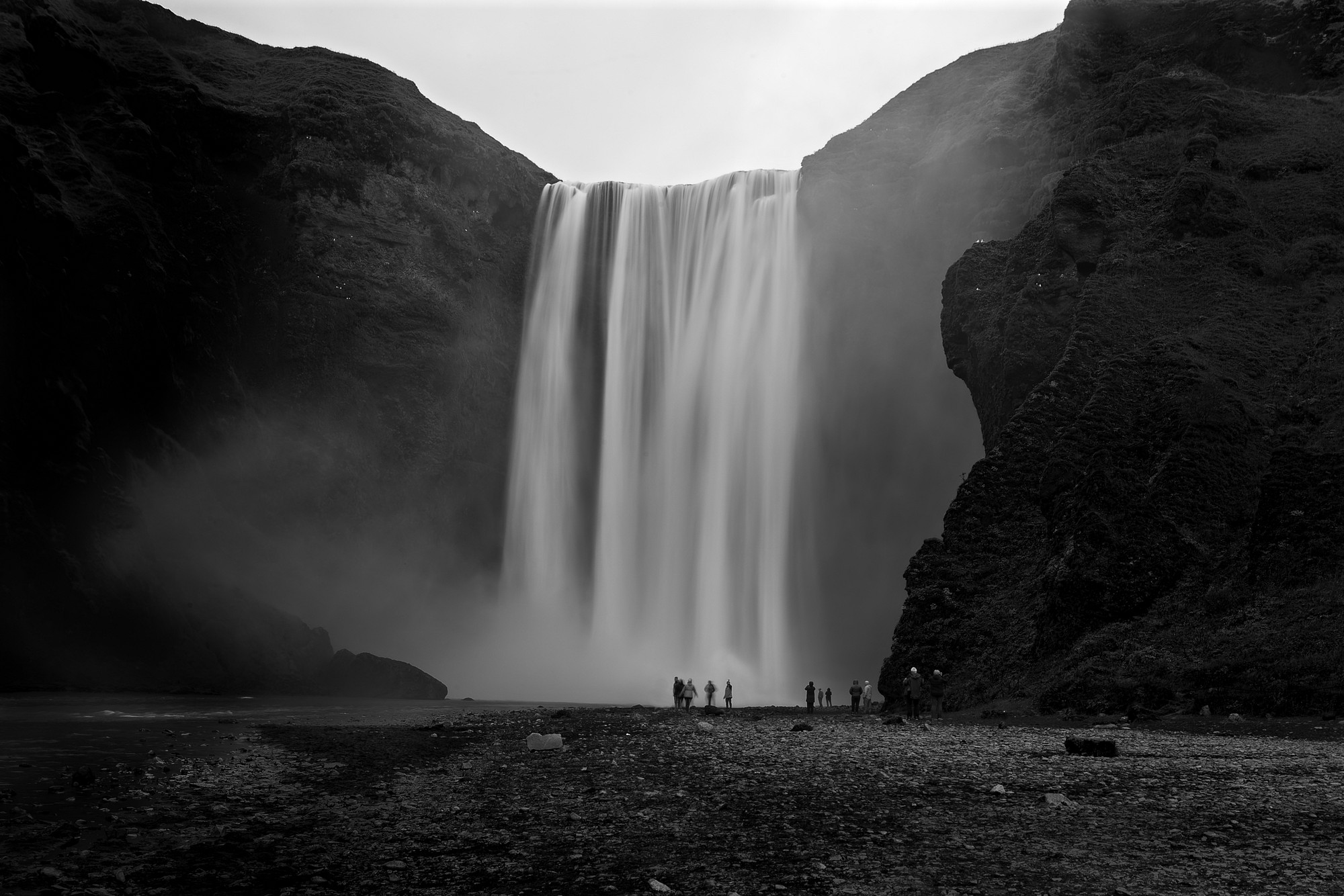 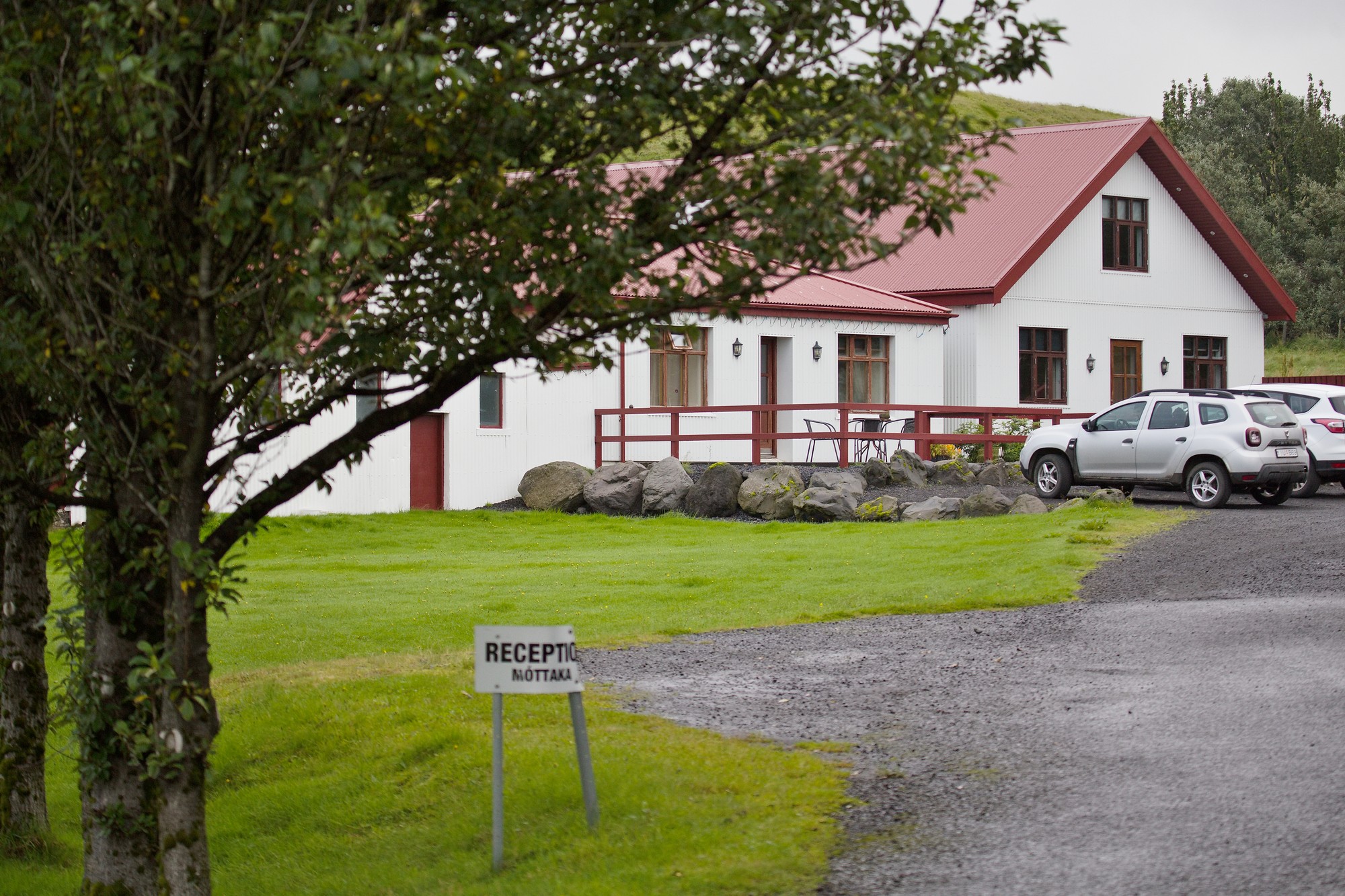 We slept in a former farm this night. 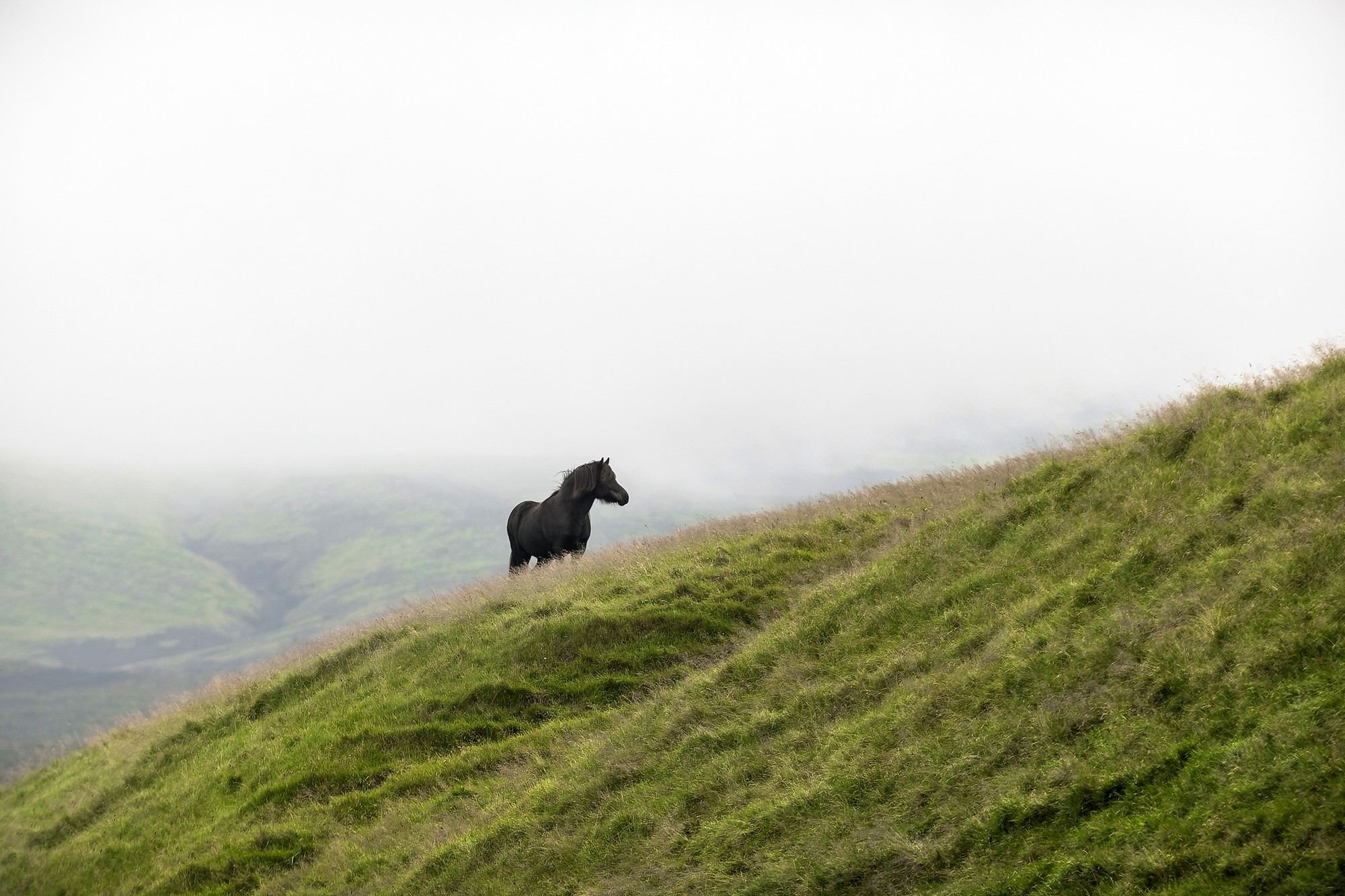 And behind the farm lives the freest horse in the world.
NEXT DAY
Back to content